On September 25th, Blackberry CEO John Chen announced that the smartphone maker would be building a phone, called “Priv”, which will run the Android Operating system.  This move, as explained by Chen, is not to detract from their own software, but rather to provide an option to those users who have begrudgingly left Blackberry because of applications they required access to.  Blackberry is not throwing in the towel on its own O/S though – currently, Priv will be the only model not running the Blackberry O/S. 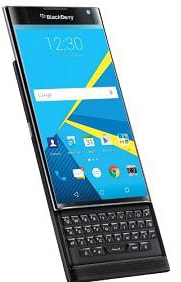 While the Blackberry O/S is seen as something of a software antique, there are still those users who much prefer Blackberry’s physical keyboard to the typical touchscreen options available on other phone hardware manufactured by companies like Samsung, HTC, and Motorola.  Only time will tell if this move will help bolster the ailing smartphone maker.